In collaboration with UCL, Charles University in Prague and the Karolinska Institute we have a poster at ISMB 2022 (Madison US) with the title “Using Metabolomic and Transcriptomic profiles to Predict Development of Anti- IFNβ Antibodies in people with Relapsing Remitting Multiple Sclerosis”.

Anti-drug antibodies (ADA) reduces treatment efficacy in multiple sclerosis (MS) patients. Predisposing factors for ADA are poorly characterised, creating an unmet need for biomarkers to predict ADA and subsequent treatment failure. A multiomic approach was used to predict ADA development in interferon-beta (IFNβ) treated MS patients.
Serum was collected from MS patients, through the ABIRISK consortium, before and 3 months after IFNβ treatment. ADA status was determined after 12 months on IFNβ. Supervised machine learning, including logistic regression and sPLS-DA, were used to predict ADA status using metabolomic data (n=82), while transcriptomic profiles were examined in matched patients (n=11).
Before treatment, machine learning models classified patients with an accuracy ≈84%, while lipid metabolism gene counts clustered patients by ADA status, suggesting disrupted lipid metabolism amongst ADA+ patients. Strong correlations between these gene counts and metabolite concentrations were observed. Furthermore, ADA+ patients had distinct responses to IFNβ at month 3, showing differentially regulated metabolites and a down regulation of interferon signalling genes previously associated with response to IFNβ. This could predict ADA early in the treatment course.
Metabolomics and transcriptomics are promising tools for prediction of ADA in IFNβ treated MS patients and could provide novel insight into mechanisms of immunogenicity.

Great news before Christmas. SciCross is part of a project receiving funding from the Swedish Knowledge Foundation. The project title is “Biomedical AI-driven data analytics” (BIO-AID) and will start in 2020. The project will focus on how AI/Machine learning approaches can be designed and applied in Life Science. Coordinated by the University of Skövde, other project members include Merck, Takarabio, MultiD and TATAA Biocenter.

Read more at: https://www.mynewsdesk.com/se/his/pressreleases/miljonregn-oever-projekt-paa-hoegskolan-i-skoevde-2954981 (Swedish only)

A recent paper originating from ABIRISK research has been made available online. The paper presents an analysis of retrospective data in European cohort of RA patients treated with adalimumab or infliximab.

The paper with title “Incidence and risk factors for adalimumab and infliximab anti-drug antibodies in rheumatoid arthritis: A European retrospective multicohort analysis” has been published in Seminars in Arthritis and Rheumatism:https://www.sciencedirect.com/science/article/pii/S0049017218301768

A better understanding of the blood-brain barrier (BBB) is key for developing treatments for disease like MS and Alzheimer’s. In a collaboration with AstraZeneca, KTH, Karolinska Institute and University of Skövde  we recently published an article studying the use of human stem cells to generate in vitro models of the BBB. More specifically, we studied  the barrier properties and transcriptome of iPSC-derived models. Check out the full article published in Stem Cells (pubmed). 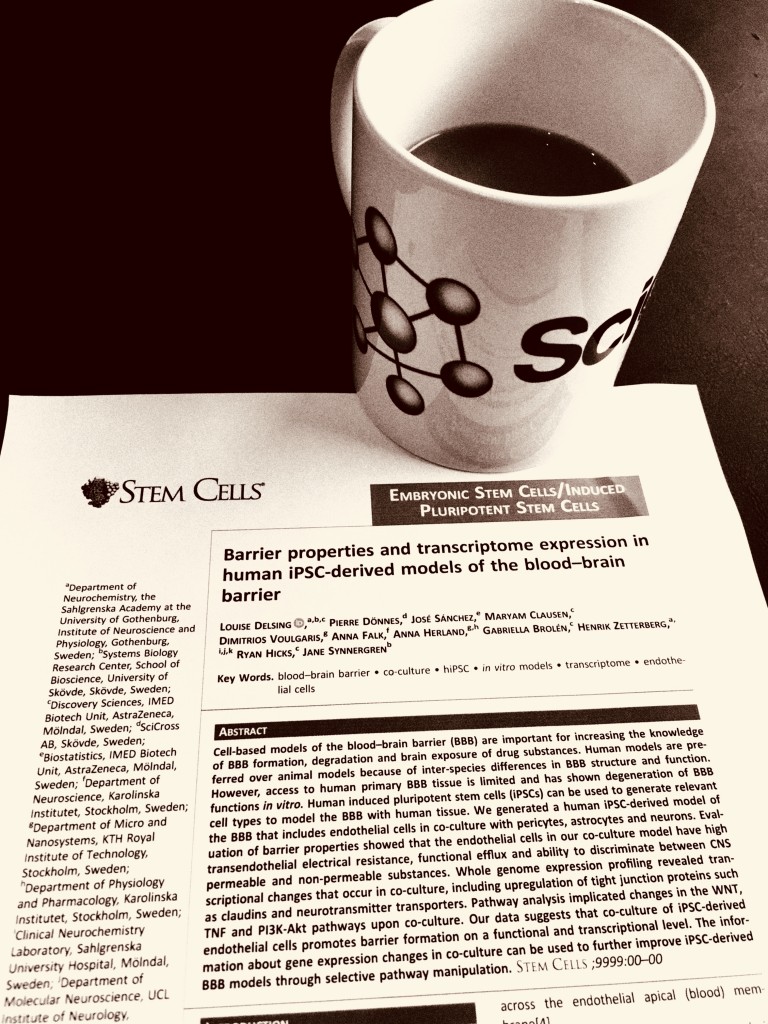 Paper describing the effect of Methotrexate and BAFF levels during TNF inhibitor treatment in RA patients. Work done within the ABIRISK project with SciCross contributing in the managements of clinical data and data analysis. Check out the full paper at: https://ard.bmj.com/content/77/10/1463.long 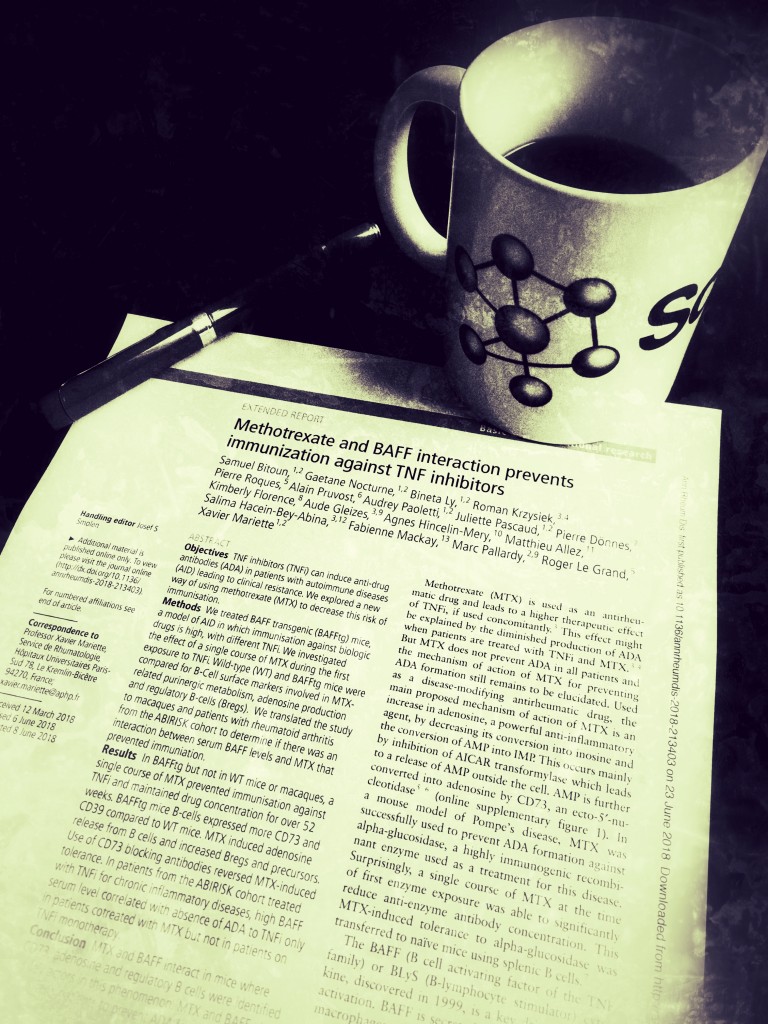 Recent results describing batch normalisation approaches will be presented at the 10th International Conference on Bioinformatics and Computational Biology (BICOB-2018), Las Vegas, March 19-21, 2018. This is joint work between SciCross and the the University of Skövde, Sweden.

Recent findings describing the role of methotrexate and BAFF in preventing immunization to TNF-a inhibitors is presented at the 38th European Workshop on Rheumatlogy Research, EWRR 2018 Feb 22-14, Geneva Switzerland. This research was done in collaboration between SciCross and several partners from the ABIRISK consortium. Complete title: “Methotrexate and baff interaction prevents immunisation against TNF-Α inhibitors by increasing adenosine and regulatory B-cells”.

New findings from the ABIRISK consortium to be presented at the  2017  ACR/ARHP Annual Meeting, November 3 – 8 in San Diego, USA, abstract.